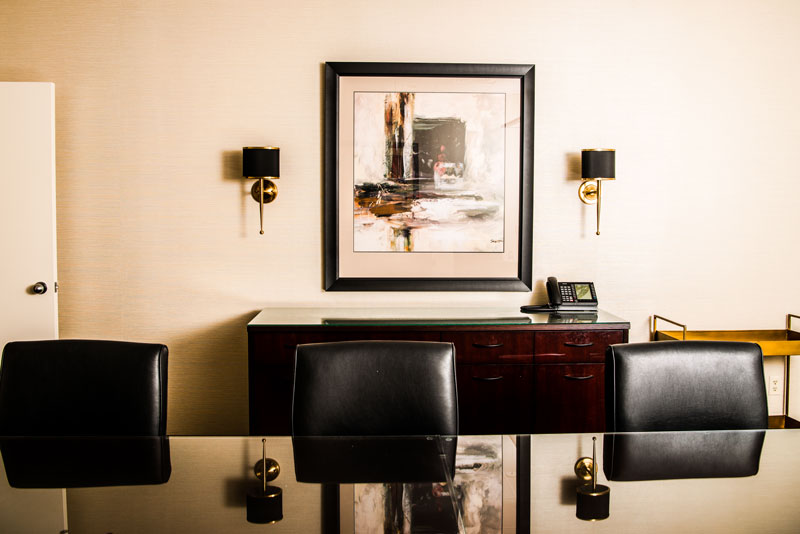 Blades & Rosenfeld, P.A., established in 1921, is Maryland’s oldest law firm that has retained the same name for over 90 years. The commitment of this firm to keeping its name stems from the dedication of the firm’s founders to the core principles that still drive today’s lawyers of Blades & Rosenfeld to deliver unmatched personal service to their clients.

Blades & Rosenfeld was established on the simple premise that attorneys and counselors must provide prompt and efficient service and be accessible to their clients. Over the years, Blades & Rosenfeld has deliberately followed a policy of slow growth to ensure quality service. The firm presently consists of eight principals and three associate attorneys. The members of the firm are continuously involved in community service activities, which range from Bar Association activities to charitable organizations, religious organizations, educational institutions and other civic organizations, and include many leadership roles.

After law school, Webster S. Blades, Moses W. Rosenfeld and Eugene Frederick started their legal careers at the law firm of Harry B. Wolf, who was an outstanding criminal and civil trial lawyer. In 1921, Mr. Blades, Mr. Rosenfeld and Mr. Frederick decided to strike out on their own and rented an office in the Fidelity Building at Charles and Lexington Streets. The three young partners opened their office with a few files of matters they were handling for their own clients. Mr. Frederick, who specialized in divorce law, left the firm shortly after it opened and in late 1921 the name became Blades & Rosenfeld.

Mr. Blades specialized in corporate matters and litigation and became such an expert in litigation that he wrote the definitive law book on pleading causes of action in Maryland for the time. It was a staple reference book in every law library in the State for many years. Mr. Rosenfeld chose to immerse himself in business law of every description, as well as in tax and estate planning when both of those specialties were relatively new.

For many years Blades & Rosenfeld remained a small law firm of three or four attorneys. The firm eventually started to expand its hiring in 1952, when Charles M. Cahn, Jr., an honors graduate of Dartmouth College and Harvard Law School joined the firm after service as an Army Officer in World War II and the Korean War. Two years later, Paul C. Wolman, Jr., a graduate of the Wharton School at the University of Pennsylvania and another Harvard Law School graduate, joined the firm.

In 1960 Eugene H. Schreiber, a C.P.A., was engaged by Blades & Rosenfeld after graduating from Johns Hopkins University and the University of Maryland Law School, having practiced accounting and having served for several years as comptroller of Schreiber Brothers, Inc., a family-owned food store chain. In 1965, Theodore C. Mitchell, a University of Maryland Law School graduate with substantial trial experience, joined the firm and established its litigation department.

Originally a partnership, Blades & Rosenfeld became the first law firm in the State of Maryland to become a Professional Corporation on July 1, 1969 at which time it added the letters "P.A." to its name. The pace of hiring new associates who became partners accelerated. Sanford D. Schreiber, a Phi Beta Kappa graduate of Franklin and Marshall College and an Honors graduate and Law Review Editor at the University of Maryland Law School joined the firm in 1972, followed by Jerome G. Geraghty, a business and tax specialist, who received an LLM degree from Georgetown University in 1976.


The firm left the Fidelity Building in 1976, after 55 years at that location, and moved one block south to One Charles Center where it remained for 10 years. In 1986 Blades & Rosenfeld, P.A. moved to its present offices further south on Charles Street at 20 S. Charles Street.